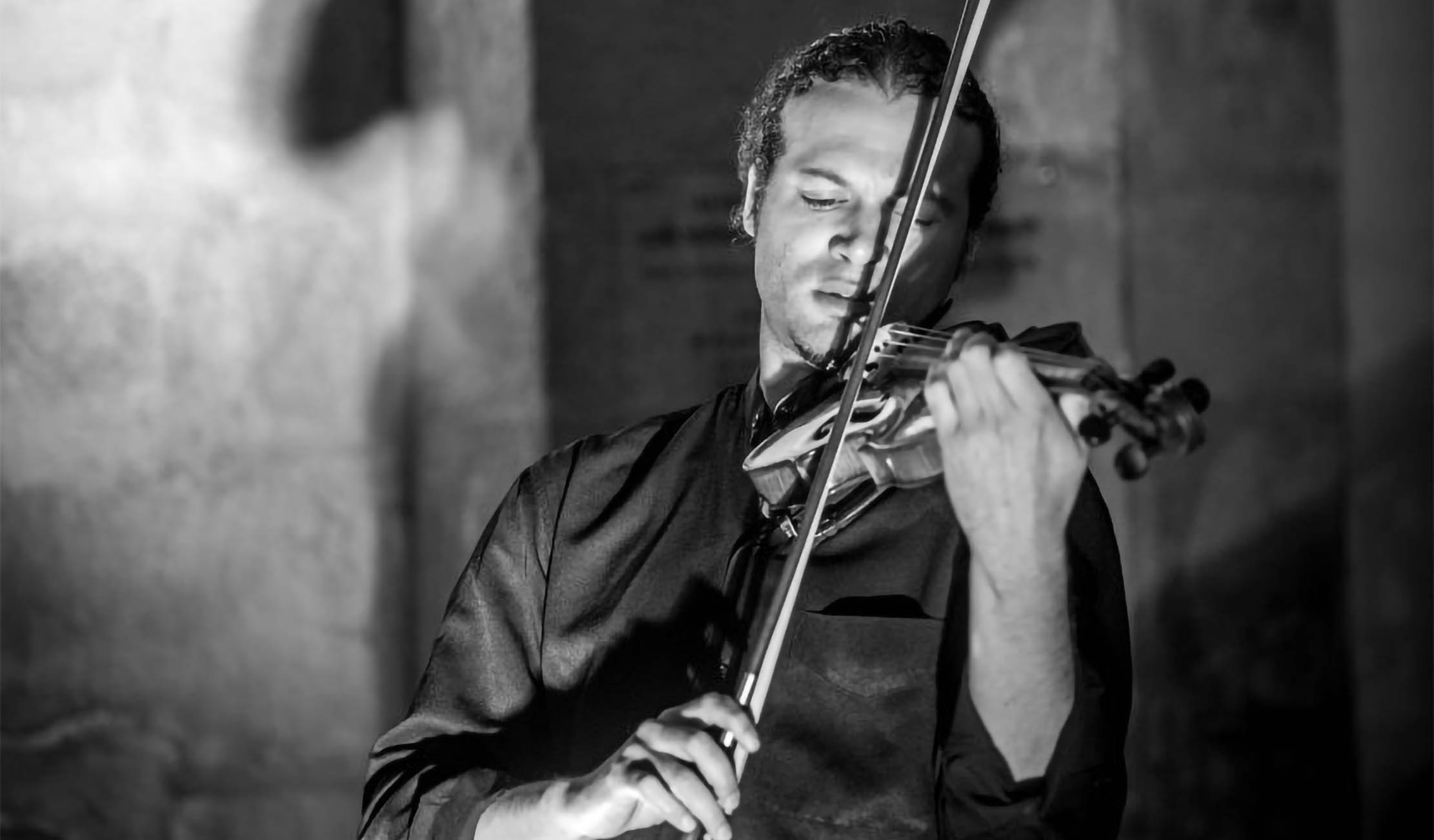 Romuald Grimbert-Barré is a young French violinist, fifth child of a musical family with whom he has regularly performed concerts since the age of 10.
Romuald has been prize winner of several competitions including the China international violon competition (2014) and Oistrakh Violin competition (2013) and was awarded the prestigious sponsorship from "Fondation Banque Populaire" as 2012 recipient. He has also been one of the four young musicians titled "Révélation classique 2011" from the French national ADAMI society, which has allowed him to perform in some of the most prestigious venues in France and abroad.
Romuald regularly performs as a soloist across Europe, Asia and America, he recently appeared with Orchestre de Chambre Nouvelle Europe (Shanghaï Symphony Hall, Beijing Concerto Hall, Seoul Lotte Hall), Orchestre National de France (Auditorium de Radio France, broadcast live on French National Radio), Moscow State Conservatory Orchestra (Great Tchaikovsky Hall), Orchestre de la Garde Républicaine, Orchestre de la HEM (Switzerland), Qingdao Symphony Orchestra, l'Ensemble Parisien etc...
Romuald started studying violin in his native city Chartres and entered a few years later, the Conservatoire of Boulognes-Billancourt in France where he studied with Christophe Poiget until his graduation at age 15. During that period, he entered his first international competitions and won several prizes which gave him opportunities to perform as a a soloist with orchestra as early as 12 years old.
Romuald pursued his studied at IU Bloomington (IN, USA) with Mauricio Fuks where he gratuated from the Performer Diploma program, Master's and pursued a Doctorate. While in the U.S, he had the opportunity to have coaching from great masters such as Janos Starker, Joseph Silerverstein, Smuel Ashkenasi, Itzhak Perlman, Don Weilerstein, Zakhar Bron, André Watts.
Returning to France, he studied at the Paris conservatoire (CNSM) in the chamber music department with Marc Coppey, and the Wanderer trio.  He continued afterwards with Mihaela Martin for 4 years in Switzerland.
Romuald recorded 2 CDs as solo violinist of the Ensemble Grimbert-Barré. He currently lives in Paris.